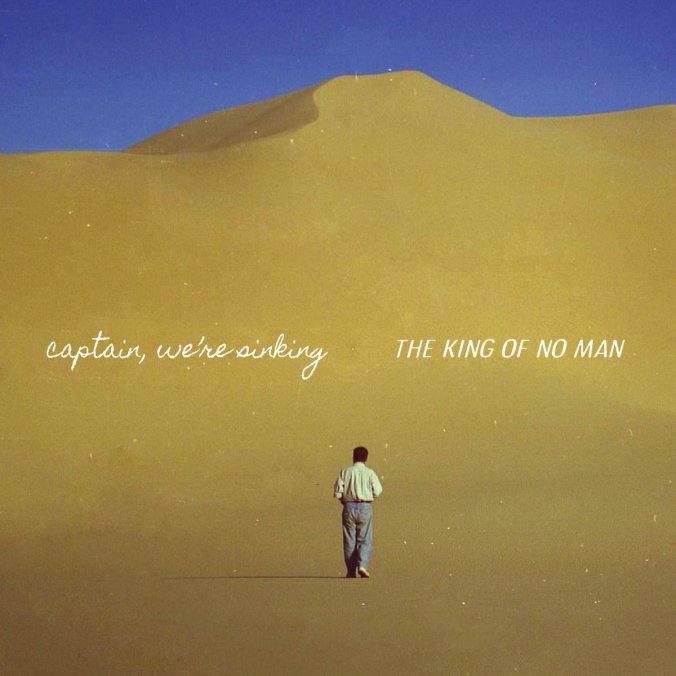 There are plenty of pop-punk bands.  Had I been maybe 10 years younger, I’d probably adore Knuckle Puck, Real Friends, or Neck Deep, but I’m a cynical 23 year old.  My pop-punk requires a little more substance.  Bands like The Menzingers, The Wonder Years, or Modern Baseball are all able to provide this to me.  There are unique aspects to the brands of pop-punk that each of these bands provide, where the first three all sort of blend together.  Maybe it’s just the Barnett connection to the Menzingers, but my better senses tell me that Captain, We’re Sinking’s The King of No Man really shouldn’t be a record that I love as much as I do.

On Captain, We’re Sinking’s third full-length, they continue some of the storytelling of their past records, most notably 2013’s The Future is Cancelled, although, plenty of seemingly autobiographical pieces seem to get worked in.  This is what really sets Captain apart from their contemporaries: the ability to meld fiction and nonfiction like the Mountain Goats or The Hold Steady.  “Trying Year” is perhaps the best opening for a midyear release this year in that it has been a really trying year.  “Smash 2” is an example of the type of pop-punk that someone like Jarrod Alonge would make fun of, but Barnett’s conviction makes this an incredibly enjoyable song.  Like Craig Finn and John Darnielle, Barnett likes to get clever and wordy with his hyper-emotional lyrics.  On “Crow (Little Wounds),” he sings,

You said that the only thing that’s stable in your life
Is the shaking drink in your hand
As always, I have nothing to say
I’ll exchange your words for an awkward glance
And you demand
Heal your little wounds
I’ll heal mine too

Songs like “Dance of Joy” or “Hunting Trip” also see lyrics that search for other perspectives or focus more on telling stories, much like their previous record.  Even though this isn’t as much as a concept album, there are themes of death, aging, and memory.

This also sees CWS experimenting more with sound. While many songs don’t stray terribly far from the band’s past sounds, there’s certainly more math rock and intricate picking. “The Future is Cancelled Pt. II” borrows heavily from arena metal. The closing title-track certainly has some brighter tones.  Nothing holds a candle to “Dance of Joy,” though.  It’s easily the most unique sounding CWS yet.  It has country-tinged folk elements before exploding into a chorus of U2-sized arena rock, and Barnett shows his massive chops as a vocalist.