If there’s one thing Bring Me The Horizon is owed, it’s respect.  While plenty of new albums suffer from a symptom of sameness, BMTH bring us amo, an album that couldn’t feel further from their deathcore roots.  Still, this wasn’t a drastic shift (the opposite end of the same complaint), the band has been inching towards this change since their deathcore opus Suicide Season.  Following 2015’s That’s The Spirit, the band’s crossover into the mainstream shouldn’t come as any surprise; seeing as that was a nu-metal/hard rock record, BMTH coming out with a hard rock/pop album seemed to be the next step.  Now that the band wants to swing for the big leagues, the UK band find shaky ground to establish themselves on. END_OF_DOCUMENT_TOKEN_TO_BE_REPLACED 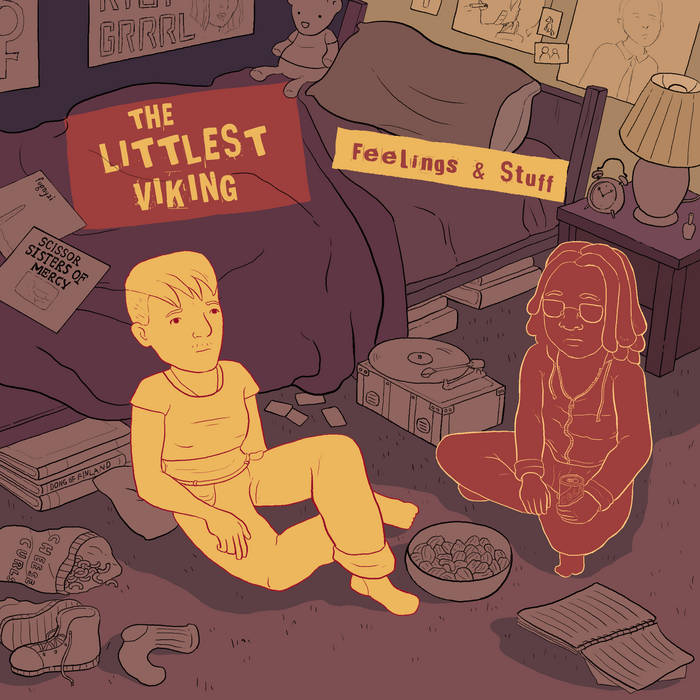 On their third full-length, The Littlest Viking explore an array of musical styles with a forceful punk attitude while embracing the precise technicality of twinkly math rock.  Feelings & Stuff is not the most cohesive record, but what the duo lack in consistency, they make up for with a ferocity similar to a Tiny Moving Parts show with more memorable songs. END_OF_DOCUMENT_TOKEN_TO_BE_REPLACED

Do you ever sit up late at night watching videos about how close we are to global catastrophe?  Are you bothered by the creeping inevitability of death? Have you ever sat and read the Wikipedia page for predictions for the day the world will end and contemplate your own existential meaning?  If you answered yes to any of these, Better Oblivion Community Center is the band for you!  Phoebe Bridgers and Conor Oberst’s new collaboration finds solace in nothingness and sees it as an excuse to indulge in the spectrum of life’s emotions. END_OF_DOCUMENT_TOKEN_TO_BE_REPLACED

After having written multiple cornerstones of emo’s hey day and revival, Max Bemis is ready to call it a day for Say Anything.  With Oliver Appropriate, Bemis is bidding farewell to the band that’s secured him a place on emo night playlists for decades to come with some of his best work.  Oliver Appropriate is an album of realization and acceptance, and it puts a bow on the emo outfit’s long career. END_OF_DOCUMENT_TOKEN_TO_BE_REPLACED

When Weezer covered “Africa,” it was an awesome win for the internet and fandom as a whole; we can now pester our stars into creating the punchlines to our little jokes.  Weezer’s choice to cover a different Toto song before succumbing to a Twitter account was a well-played move, but their final covering of a song that’s really only beloved as a meme served as a bleak cultural black hole.  Now, we need to endure “Africa” blaring with a semi-ironic drone feeding into itself the same way we did with Smashmouth’s “All Star” years ago.  Now with The Teal Album, Weezer has set out to follow up their cover to show that they’re entirely competent in playing other people’s songs with little to no frills in a reliable but mostly boring output. END_OF_DOCUMENT_TOKEN_TO_BE_REPLACED