Coffee Date is a new column that features discussions of beverages stemming from leaves and beans.  Whether you brew your own or need a hip barista pouring it in front of you, we’ve got you covered for brands to try at home, coffee shops with some personality, and what you should try or avoid from your regular coffee chains. END_OF_DOCUMENT_TOKEN_TO_BE_REPLACED 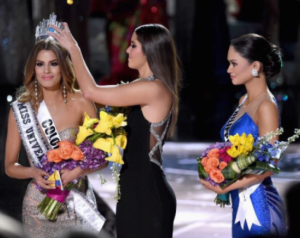 Just when I was thinking, “this year’s Oscars are really lacking in meme-worthy material,” in come Warren Beatty and Faye Dunaway, who have arrived to finally relieve John Travolta of the great “Adele Dazeem” flub of 2014.

END_OF_DOCUMENT_TOKEN_TO_BE_REPLACED

In 2012, I was still a baby in the world of indie-rock.  I still listened to Marilyn Manson pretty religiously.  Eminem’s Slim Shady LP was still relatively prominent on my iPod Classic, and I mostly listened to Green Day above all else.  I was a senior in high school.  The world at my fingertips, I was pretty picky about what I deemed fine for my ears.  Still, that was the year I began listening to Radiohead, Death Cab for Cutie, and Lou Reed: gateway bands.  It was also the year Celebration Rock was released.  It seemed every major music publication discussed this breakthrough Japandroids record.  Armed with one of the best band names in rock, I figured these guys couldn’t be bad.  Celebration Rock was an absolute gamechanger.  I was fascinated by how two people could make such full sounds with great lyrics.  It became a staple of my first semester of college.  Even though my friends weren’t as enthused with lines like “Give me that night you were already in bed/said ‘fuck it’ stayed up to drink with me instead,” I was enthralled.  Celebration Rock is the type of record you believe you’re living when you’re just starting college. END_OF_DOCUMENT_TOKEN_TO_BE_REPLACED

There are plenty of duos that may as well stand for the whole band: Lennon & McCartney, Page & Plant, Axl & Slash, the lineage goes on.  Even though these pairs tend to overshadow their rhythm sections, with few exceptions, people rarely consider these pairs to be the complete band.  Of the Beatles, Zeppelin, and Guns N’ Roses, Guns is probably the only act you struggled to name all the members because there are 5, not 4.  Of course, the power duos never stopped existing.  Marilyn Manson, Fall Out Boy, and Modern Baseball are all bands that have two distinctive figureheads for their bands.

Even though each of those bands are special and have aspects that make them stand out, there’s a certain credibility to bands that cut the size of those lineups in half.  Two pieces aren’t exactly new to rock music, but since the early 2000’s, a band can pull the simple trick of consisting of only two members, and critics are bound to have some sense of respect for it.  Now, we can sit here and argue the merits of abandoning a bassist, but the fact of the matter is: most two pieces are pretty good.  Here’s a list of the essential two pieces throughout rock history. END_OF_DOCUMENT_TOKEN_TO_BE_REPLACED

I hate the Oscars; I know that they are entirely meaningless and serve little purpose other than to reward those who gave the most money to the Academy. I know that the same types of films are nominated every year, as they follow the same focus group-tested algorithm and were factory-built for award season. And I know that it is a tacky ceremony that spends most of its time congratulating itself and the many white people who didn’t do much to deserve it. But I watch it every year. I love complaining to no one when my favorites don’t win, I love the ridiculous over-polished musical performances and I love placing my bets. So here they are.

END_OF_DOCUMENT_TOKEN_TO_BE_REPLACED

One of my favorite songs by The Wombats is “Techno Fan” and while they were not playing, nor were involved in this show in any way, this is the song I had stuck in my head all day before the show. “Techno Fan” tells the story of a guy who goes to a techno show, without knowing the music beforehand, with a girl he’s into and how being in the right place with the right person makes him a fan. END_OF_DOCUMENT_TOKEN_TO_BE_REPLACED

Simpson recently won a Grammy for Best Country Album and will tour the United States in September.

The song is the latest video from last year’s excellent Abendrot.

Pageant is out May 12.
END_OF_DOCUMENT_TOKEN_TO_BE_REPLACED

To me, The Grammys are the Super Bowl.  I always want to gamble on it.  I usually know what’s going to happen.  I’m glued to the TV for hours, and I get drunk while doing it.  Unlike the Super Bowl though, the person who wins is either met with indifference or excitement, rarely anger.  This year, BurgerADay are laying out the pics for who will win versus who should win.  Check out our picks, and either way, just remember it’s much more important than the Patriots and Falcons.  No one’s deflating these balls.

Album Of The Year:

I may have been late to the party for a long time, but at the tail end of 2016, I listened to Lemonade, and it’s pretty damn great.  Beyoncé is completely worthy of all the praise she’s gotten for this album.  As most of the best albums of the year, Bey mixed the political with the personal, and the record can transition from an emotional gut-punch like on “Pray You Catch Me” or “Don’t Hurt Yourself” to a genuinely fun as hell hype song like “Formation.”  There may be a little protest to the politicization of Beyoncé, but as someone who’s never been on board with her as a simple pop-artist, she’s certainly left a great impression this year.