END_OF_DOCUMENT_TOKEN_TO_BE_REPLACED

In “Stand Steady,” the second track off of Real Friends’ third full-length Composure, frontman Dan Lambton sings, “It’s good that I’ve grown.”  In pop-punk, Peter Pan-syndrome runs rampant, and records about growing will always be in vogue.  Whether they’re about resisting development or the difficulties of growing, this is a pop-punk standard, but Real Friends hasn’t really grown or changed besides switching up their charade. END_OF_DOCUMENT_TOKEN_TO_BE_REPLACED 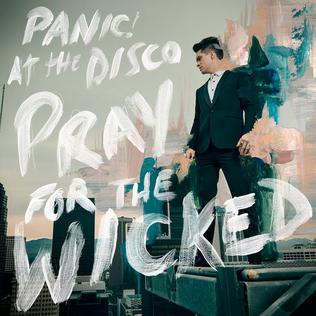 When Panic! At The Disco released A Fever You Can’t Sweat Out in 2005, it was a breath of fresh air to the alternative/emo/pop-punk scene that was spilling into the mainstream.  Fever was a rock record that also felt like a work of theater, carnival sideshows and electronica, but what’s most incredible is P!ATD couldn’t follow it up for another decade.  Pretty Odd, the group’s last record with all four founding members, was a brilliant work of Beatles fetishism that couldn’t appeal to a large part of the fanbase.  Vices & Virtues felt like Fever lite.  Too Weird to Live, Too Rare to Die served as an enjoyable transition to 2016’s Death of a Bachelor, an album that may be the group’s best and the only one that feels as fully realized as Fever.  Bachelor was the group’s most exhilarating release in over a decade, and that leads to why Pray for the Wicked is such a profound disappointment.  It’s a transitionary record for what may well be the wrong direction. END_OF_DOCUMENT_TOKEN_TO_BE_REPLACED