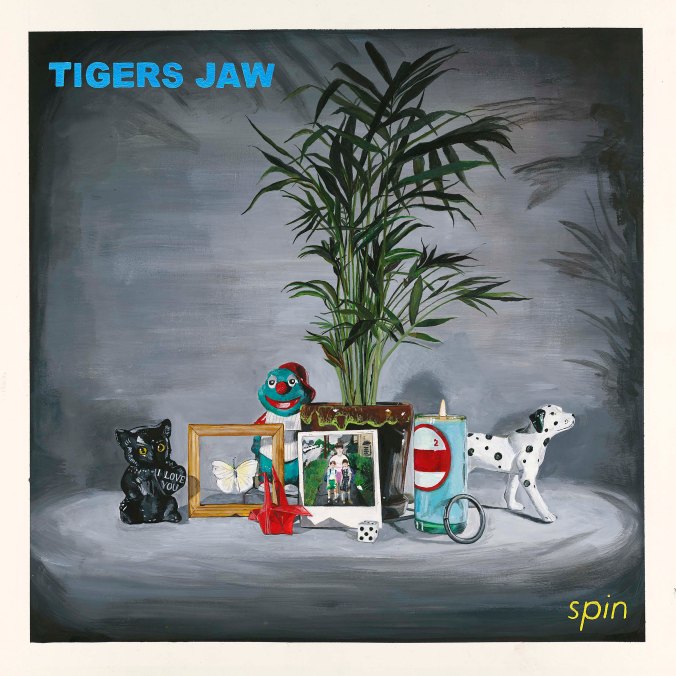 Tigers Jaw’s decision to pair with Reanimator Coffee for the release of their fifth full-length isn’t anything new.  Modern Baseball and The Menzingers have also previously paired with Reanimator, but Tigers Jaw seems like the best pairing.  They’re the musical equivalent to a nice cup of coffee on a rainy day.  Spin sees the band at their most fully-realized, and Reanimator made a nice brew to compliment it.

The musical expanse of Tigers Jaw is interesting.  They’re rooted in pop-punk, but they bare more resemblance to Fleetwood Mac than The Front Bottoms.  The dynamic of Brianna Collins and Ben Walsh’s vocals are paired much better than ever on Spin than on previous records.  With occasional bangers, Tigers Jaw’s best songs are comforting and warm.  This is best shown on Studio 4 Acoustic Session, but this album makes a pretty strong case for itself.  On top of that, Spin has some songs that push the emotional limits that a record like Rumours has.  On “Brass Ring,” Collins sings, “How can I say what I want to say/when every word pushes you away?”  As opposed to previous Tigers Jaw LPs, Collins shines much more than Walsh, especially on a song like “June.”  It’s the sort of typical sounding Tigers Jaw song sonically, but Collins’ vocal performance brings it to a new height, not previously shown on either the self-titled album or Charmer.  Walsh’s contributions are far from lackluster though, “Escape Plan” is one of the most memorable singles to ever come from the band, and the perfect ballad for this album.  During the final verse, he sings:

Under the surface you confront yourself
You wonder what life would be like if I was someone else
But I am patient, I refuse to concede or believe
That I am only what you want me to be

It’s a real emotional peak for the album.  The chorus of “Bullet” achieves a similar effect for Walsh.

From a musical perspective, there isn’t a lot of growth for Tigers Jaw.  They meld acoustic and electric instruments just as they’ve always done.  If anything, there’s something of a touch of The Smiths on Spin.  The one major change is how the tones sound deeper and fuller than on previous efforts.  The production is certainly Rumours-esque.  This contradicts the taste of Reanimator’s coffee on a literal level.  In my humble opinion, the “No More Coffee For Tigers Jaw” blend tasted very light and almost thin.  It resembled an English Breakfast tea more so than a coffee.  That being said, it was delicious and familiar tasting.  I wouldn’t want to drink anything else on a rainy day.  It tasted the way this album sounds: familiar, but nice.  It’s a near perfect interpretation of Spin, and I certainly plan on enjoying it more.