Kim Petras’ debut single “I Don’t Want It At All” was an electric, fun burst of sugary pop with 80’s inspired instrumentation and a compelling personality at the forefront.  Her further singles continued the magic that “I Don’t Want It At All” started.  On her debut album, Clarity, Petras lacks the charisma and instrumentals that her singles provided. END_OF_DOCUMENT_TOKEN_TO_BE_REPLACED

Releasing a follow up to one of the best pop albums of her career just shy of six months later was a bold choice, but we should’ve expected boldness from Ariana Grande immediately following the release of “thank u, next.”  After calling off a wedding and the death of an ex-boyfriend, Grande’s thank u, next is a pop ode to self-reliance and resilience.  This is both a chance for her to lay out her side of every story that’s been published about her, but it’s also a victory lap.  It has moments of brilliance, but it mostly feels like a kiss off to all the media attention she’s been given and create her own narrative.  Sometimes, a plot twist in your own narrative is what cements you as pop royalty. END_OF_DOCUMENT_TOKEN_TO_BE_REPLACED 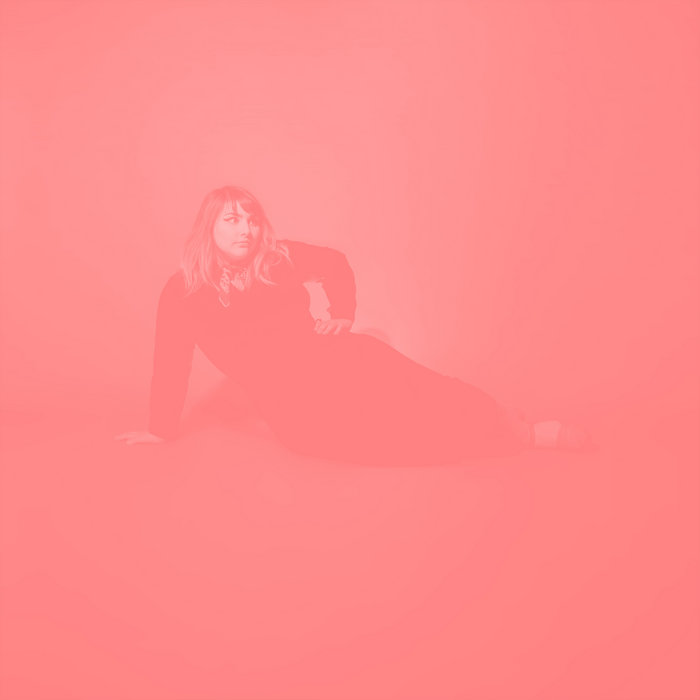 This isn’t an album I would normally enjoy.  Debut albums from indie rock bands that toe the line between dream pop and emo are usually aggressively okay.  The songs are fine, but they don’t become interesting until the second album.  That’s sort of the case with Philadelphia’s Kississippi.  Sunset Blush is both energetic and mellow, and it seems like the type of album that I’d shrug off as “fine.”  Here’s the thing: it’s pretty good, and I’ve been really enjoying Kississippi’s first album. END_OF_DOCUMENT_TOKEN_TO_BE_REPLACED

I’m standing in the Subway station waiting for the uptown train and racing to connect to the free WiFi before my train comes so I can download the first single off of the new Wombats album. It downloads as the train is pulling in and I find my seat. I always take a moment right before listening to new music from a favorite band or artist; I want to remember where I first heard a particular song or album in case it becomes of great importance to my life. I take in the blue seats and the fairly empty train car and press play. END_OF_DOCUMENT_TOKEN_TO_BE_REPLACED 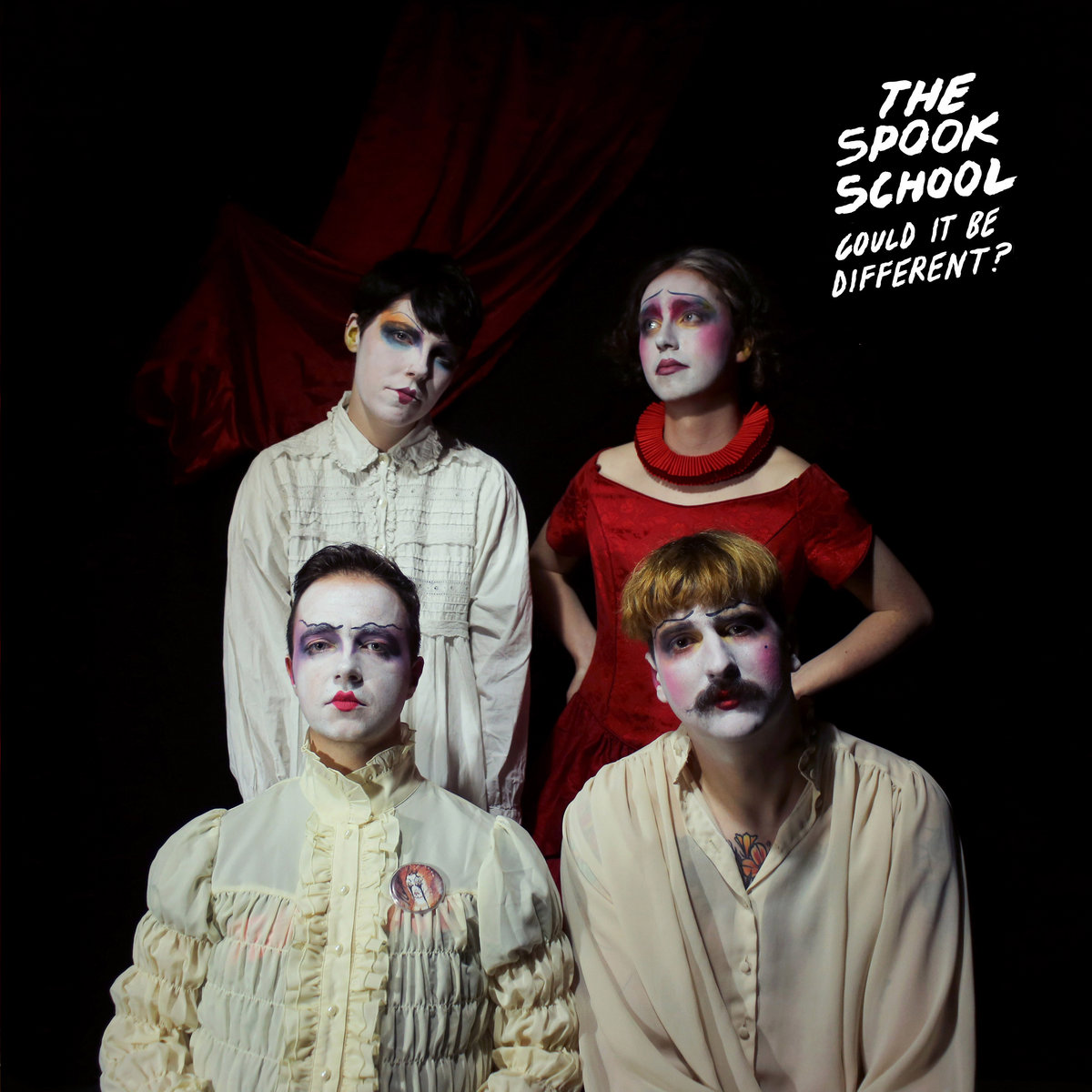 There aren’t many artists that can recapture the catchy, emotional energy that bands like Modern Baseball and Diet Cig have been able to in the past few years.  Glasgow’s The Spook School fully encompass all the best qualities of both those bands on their latest album Could It Be Different?  They balance between sincere feelings and snarky adolescent wit within a bright pop-punk frame that borrows from classics as much as it does from emo revivalists.  It’s an overwhelmingly good album in a genre that has more and more felt exhausted of its creativity. END_OF_DOCUMENT_TOKEN_TO_BE_REPLACED

Lady Gaga was cool once.  There was once a time when America found Lady Gaga to be shocking.  It hadn’t really set in with the singles “Poker Face” and “Just Dance,” but when Lady Gaga died on stage at the 2009 Video Music Awards, she was badass.  When blood dripped down her stomach during the final chorus of “Paparazzi,” Gaga had more akin to Mechanical Animals-era Marilyn Manson than Beyoncé or Taylor Swift.  The Fame and The Fame Monster releases made Gaga a truly dark presence in pop-music.  Even though she was still making fun, party music, she became a leading force in my own personal delve into poptimism due to her dark themes and theatricality.


Following Gaga’s leap into fame, she released pretty lackluster albums.  Born This Way had the hits “Edge of Glory” and “You and I” but hardly mandatory listening.  ARTPOP was a total flop.  Cheek to Cheek was more of a passion project that was mostly loved by moms.  Joanne is an excellent return to Lady Gaga making great pop-music.

Joanne is the type of dance music that fans have come to expect from Gaga, but it’s run through an 80’s rock and country filter.  The first single, “Perfect Illusion,” sounds like Lady Gaga singing a Van Halen track.  The gal-pal anthem “Hey Girl” has more akin to “Benny and the Jets” than it does to “Starboy.”  Gaga’s anthemic pop-music is much better than any of the artists actively trying to make stadium-rock today.  Joanne has been called a crossover into country music, but it’s really a crossover into classic-rock.

Despite this being Lady Gaga’s dad-rock album, she never loses sight of her youthful audience.  Any song that isn’t a ballad is a certified banger.  “Dancin’ in Circles” is a funky club jam.  “Diamond Heart” has the type of soaring chorus that only a Lady Gaga fan could love.  “John Wayne” is dance-rock at its best.  Despite disguising itself as a country song, it is much more like Franz Ferdinand’s “Take Me Out.”  “Sinner’s Prayer” and “Joanne” are both bluegrass ballads that would fit on Led Zeppelin albums.  “Angel Down” is an epic power-ballad of a closing addressing some of the large issues this nation faces with gun control.  “Million Reasons” is probably one of Gaga’s best ballads yet with all the grandeur of a Mötley Crüe song.

Lady Gaga may never reach the same level of success and greatness that she hit with her earliest works, but Joanne doesn’t compromise any of Gaga’s integrity.  It’s her best record in years, and we can only expect an excellent tour to follow.