Kim Petras’ debut single “I Don’t Want It At All” was an electric, fun burst of sugary pop with 80’s inspired instrumentation and a compelling personality at the forefront.  Her further singles continued the magic that “I Don’t Want It At All” started.  On her debut album, Clarity, Petras lacks the charisma and instrumentals that her singles provided. END_OF_DOCUMENT_TOKEN_TO_BE_REPLACED 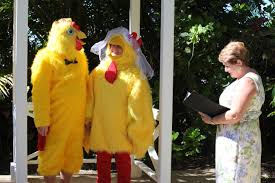 END_OF_DOCUMENT_TOKEN_TO_BE_REPLACED

This is not the folktronica reinvention we were promised.  Justin Timberlake’s Man of the Woods was hyped to sound like it was his 22, A Million.  To be fair, this was all speculation; all we had confirmed was that this was going to be a return to Timberlake’s Tennessee roots.  In a sense, it succeeds. JT has gone bro-country; save for some of the extra synth’s thrown in.  Man of the Woods is an earnest attempt at artistry, but it sees Timberlake slouching into his iconic status. END_OF_DOCUMENT_TOKEN_TO_BE_REPLACED

I’d only ever flirted with the idea of seeing a major pop-star live.  I like Beyoncé, Taylor Swift, and Justin Timberlake enough to think about going to their shows.  I’ve seen Kanye on the Saint Pablo tour, but he’s a rapper.  I’ve seen Fall Out Boy and Panic! At the Disco at major arena tours, while they’re still mostly relevant, but both are still (mostly) considered rock bands.  Lady Gaga was like my first kiss, kind of great-kind of awkward and underwhelming. END_OF_DOCUMENT_TOKEN_TO_BE_REPLACED