“You all seem to be very happy to be listening to such sad music,” Scott Hutchinson, the lead singer of Frightened Rabbit mentions to the crowd around half way through their live journey through The Midnight Organ Fight. The band has been around for fifteen years, yet this album just reached its ten year mark. Like a lot of 2000’s indie bands, Frightened Rabbit is taking the full album on tour with every date completely sold out. I got to see them at the Music Hall of Williamsburg on their second night in NYC by a strange streak of luck and the kindness of a stranger. I ended up walking into the venue as Frightened Rabbit took the stage. END_OF_DOCUMENT_TOKEN_TO_BE_REPLACED 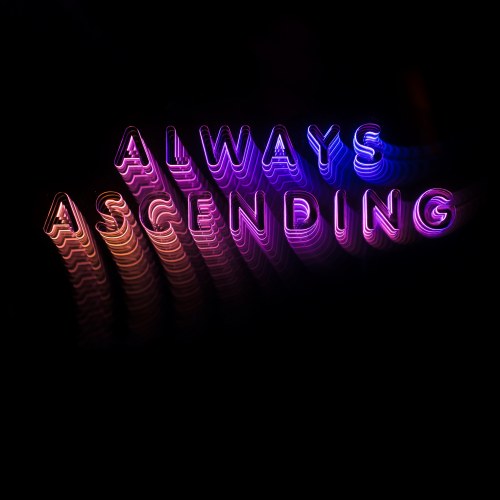 Franz Ferdinand’s latest album Always Ascending has a great recipe to become a fan favorite. Franz Ferdinand has been on the scene for over 15 years since their creation back in 2002 and their first self-titled album in 2004. In classic Franz Ferdinand fashion, they made fans wait for this album. It’s been a long five years (sans a Sparks collaboration), but it was well worth the wait. END_OF_DOCUMENT_TOKEN_TO_BE_REPLACED

I’m standing in the Subway station waiting for the uptown train and racing to connect to the free WiFi before my train comes so I can download the first single off of the new Wombats album. It downloads as the train is pulling in and I find my seat. I always take a moment right before listening to new music from a favorite band or artist; I want to remember where I first heard a particular song or album in case it becomes of great importance to my life. I take in the blue seats and the fairly empty train car and press play. END_OF_DOCUMENT_TOKEN_TO_BE_REPLACED

David Letterman takes the stage of the Amsterdam Campus of the City College of New York in My Next Guest Needs No Introduction looking more biblical than his CBS days.  Letterman comfortably sits opposite President Barack Obama. In a format more intimate than Late Night, Letterman seems at ease in this new role. Still, some things feel familiar from his light comedic tone to bringing on Paul Shaffer as the composer of this series. END_OF_DOCUMENT_TOKEN_TO_BE_REPLACED

The new Spoon album Hot Thoughts opens with the title track and first single off the album. It’s true to their sound, but still sounds new. The song starts out very simple and builds through the first minute, getting the listener hyped for the next nine songs. END_OF_DOCUMENT_TOKEN_TO_BE_REPLACED

For Heartworms being the first album The Shins have released in five years, it’s pretty boring. As a pretty avid Shins fan, I was excited to see what this album was about. I adore the album artwork, it’s got a 60’s illustration vibe and unfortunately, that is my favorite part of this album. It’s not that any of the songs are subjectively bad, but there isn’t anything new or attention grabbing. END_OF_DOCUMENT_TOKEN_TO_BE_REPLACED

Black Kids first and last full album came out in 2008 and while I was a big fan of them back at the beginning of high school I realized I hadn’t listened to their first album Partie Traumatic in full in at least seven years. As I sat down to re-familiarize myself with Partie Traumatic I got sucked back into the goofy upbeat dance world that Black Kids makes you a part of. END_OF_DOCUMENT_TOKEN_TO_BE_REPLACED

One of my favorite songs by The Wombats is “Techno Fan” and while they were not playing, nor were involved in this show in any way, this is the song I had stuck in my head all day before the show. “Techno Fan” tells the story of a guy who goes to a techno show, without knowing the music beforehand, with a girl he’s into and how being in the right place with the right person makes him a fan. END_OF_DOCUMENT_TOKEN_TO_BE_REPLACED

Still to this day you hear people saying, “I thought it was a joke that he was running.” But to me, it was never a joke. When you hear hateful rhetoric, it cannot be taken as a joke.

I remember the days leading up to the election feeling a mixture of dread and giddiness. On the one hand, we could be pushing women’s rights in this country further than ever by electing not only the first female president but one with a progressive campaign promise. On the other hand, we ended up with a man with no experience, spewing hate and making enemies with whomever he could.

When the news hit, when they sent everyone home from the Javits Center in the middle of the night, when he made is acceptance speech, I cried well into the night. I had friends who took the next day off. The unthinkable had happened, and not in the way we all wanted. And, while ‘we’ sounds like an oppressive term, remember, that he did not win the popular vote. Hell, forty percent of eligible voters did not show up.

Then came announcements of a Women’s March on Washington and it started growing, soon there were sister marches from Denver to New York being planned, and I knew that no matter where I was I would show up.

What I did not realize was that ‘we’ would show up. This was everyone’s march.  This was our time to come together, as Americans, and show what ‘we’ believe in. As a woman, I expected it to be mostly women and a few bad ass guys. Yet, the New York sister march was almost 50/50. I went to the march with three of my guy friends, which in it of itself was powerful. There was so much energy in the streets. According to the Mayor’s office, over 400,000 people marched from 42nd and 2nd Ave to 55th and 5th Ave. For us, it took over five hours.

This march was for so much more than women’s rights. The official organizers announced a radically progressive agenda they were marching for, and the people came through with signs about everything from sexual assault justice to ending the Electoral College to climate change to simply promoting love and kindness. This march stood up for ‘we’ the people and our major and legitimate concerns about the next four years.

Some of the chants that resonated through the canyons of buildings were, “My Body, My Choice!” Followed by, “Her Body! Her choice!” Some other popular ones were, “We are the popular vote!” Our voices all blended together and filled up all the air. Every way you turned there was someone holding up a sign and “fighting for their rights”.

At the end of the march, I was filled with hope and energy and a renewed faith that this is who my country is. And at the same time there was desperation, that not only were we marching for women’s rights, but LBGTQ rights, for a right to fair education, the legitimacy of climate change and our acceptance of all immigrants to our nation of immigrants.

As I rode the train home that night, the numbers began to spill in. Almost 800,000 in Los Angeles, 200,000 in Denver and a march too large it turned into a rally in Washington DC, not to mention the cities globally that joined in. ‘We’ the people had come through and shown we will not back down.