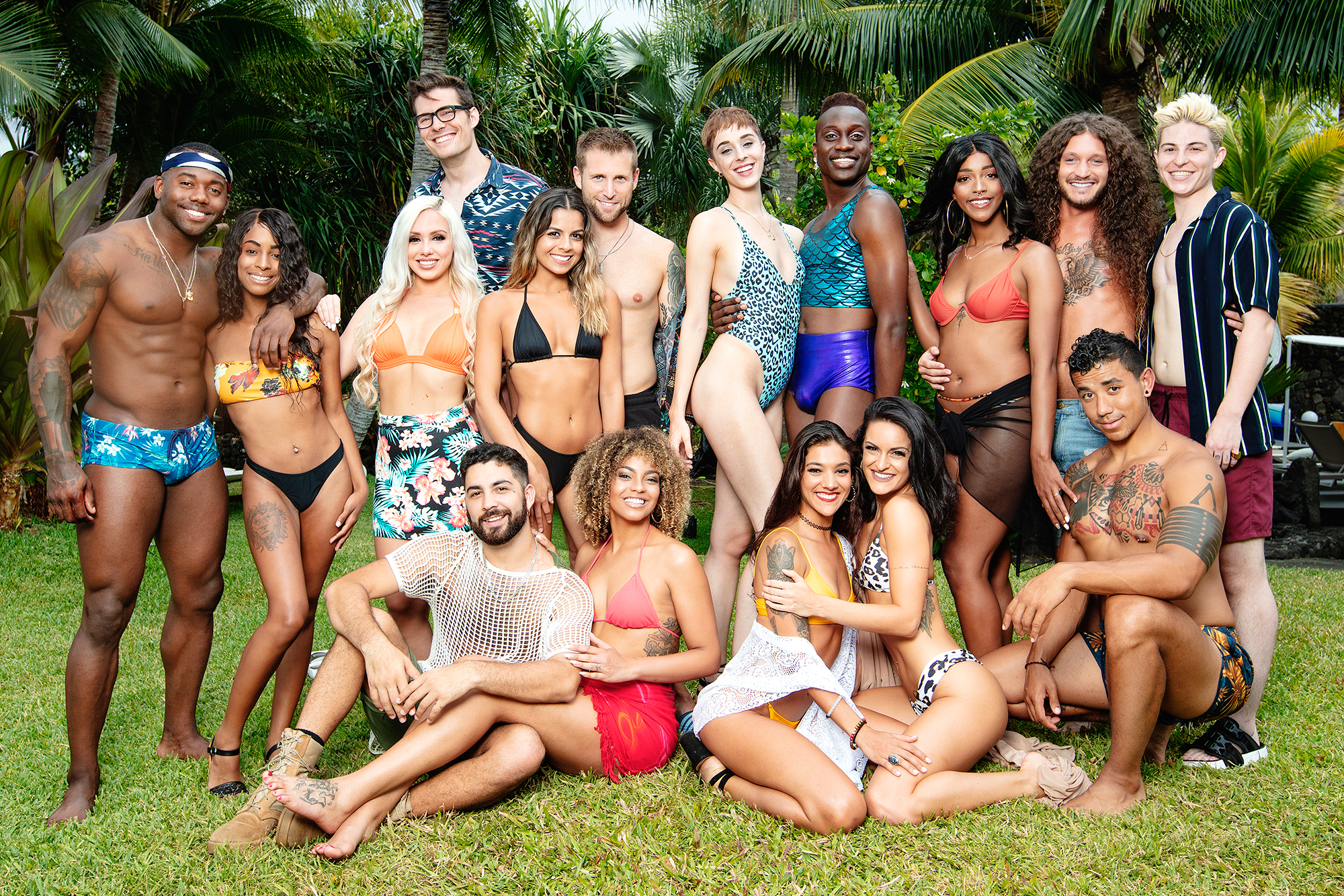 Every time I see two girls fight over a guy or two guys fight over a girl on this type of show, I always joke about seeing more sexual tension between the two jealous parties than with the person they’re fighting over. That actually happens on Are You The One, for real, and it’s life affirming. It’s like the MTV gods heard me praying at night.

A very strange thing happens on this show- the cast as a whole is more open not only to connections with each other but to their own personal growth.  There is more than one occasion in which someone admits they were wrong, apologizes, and changes for the better. Saying Season 8 was the wisest of the Are You The One casts might not sound like much if you’ve seen the other seasons (or any similar reality shows, for that matter), but the wisdom that comes from the trauma of growing up queer doesn’t bar them from the trashy dramatic antics of MTV. Nothing encompassed this season more perfectly than seeing an on-again and off-again “no match” couple drunkenly making out on the floor giggling, “you’re toxic”, “no YOU’RE toxic”. Never have I been more charmed by such self-aware and self-destructive behavior, and I mean that sincerely.

When we talk about media representation of marginalized or oppressed communities, even critics with the purest intentions have fallen into the trap of confusing positive representation with flawless representation. Here’s what I mean- as a result of decades of representing queer people as ugly stereotypes on the rare occasion that they were represented at all, we have set an impossibly high standard for what constitutes a “good” queer character or public figure. Straight people don’t have to be good role models because they aren’t concerned about perpetuating a stereotype, they don’t have the weight of an entire community on their shoulders. If being your honest self means perpetuating a stereotype, do you water yourself down to make people more comfortable? Are You The One Season 8 says “No,” and it’s about god damn time, because straight people have had a monopoly on trashy reality television for the better part of the past twenty years. Believe me, I know you mean well when you say things like “gay couples are so cute, they’re so in love,” but the year is 2019, and it’s time to stop using “love is love” as the end all be all for the right to exist. Up until recently, LGBTQ people had to jump through hoops to prove that their love was authentic and real and passionate and committed in order to gain sympathy from the heterosexual hopeless romantics. It’s time for this to stop. Queer people have as much of a right to be as impulsive and melodramatic and fickle in their dating life as straight people have been for the past century. Bisexuals are promiscuous, you say? Indecisive? Unable to commit? Fine. Here. Put sixteen of the hottest sexually fluid lovable dummies in a secluded Hawaiian beach house and let them do whatever they want without the requirement that they behave themselves in order to appeal to the masses. It’s refreshing. It’s important.  It’s something I would’ve auditioned for myself if I had the abs for it. But I watched the finale alone on my couch with real tears welling up in my eyes- not just because I felt seen, but because I am now shamelessly invested in the continued happiness of this dysfunctional mess of a cast. They deserve it.