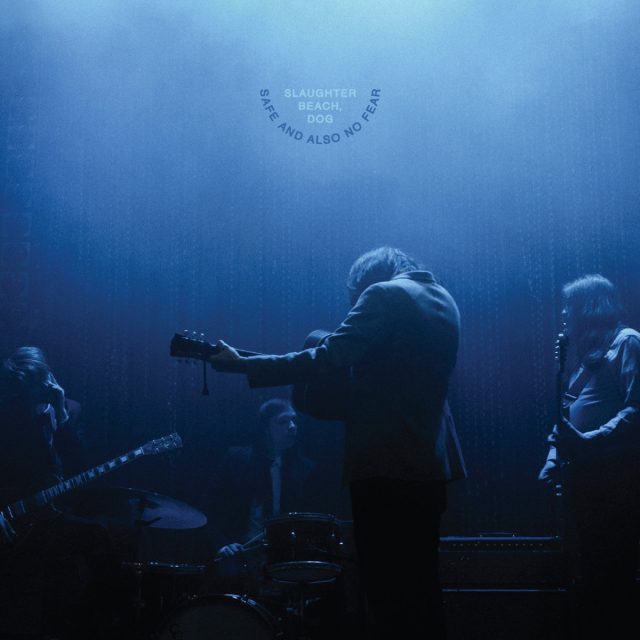 On his third record under the Slaughter Beach, Dog moniker, Jake Ewald has found a way to be an emotional and interesting storyteller.  Safe and Also No Fear is the former Modern Baseball singer’s most consistent effort with the project yet.  While the musician still paints very specific sketches of people and places, he isn’t as concerned about stories, as he was on Welcome, or finding a new voice for himself, as he was on Birdie.  Safe has the confidence of a band that have finally found their voice and wanted to make a great record that expands on what they’ve built.

Throughout Safe and Also No Fear, Slaughter Beach, Dog offer relatively reserved songs, but the tracks where they tweak the structure just a little bit show their growing potential.”Petersburg” is built more on atmosphere than it is on the instrumentation.  The simple acoustic guitar is almost an afterthought.  You can almost tune it out and hear Ewald singing acapella.  The country-themed spoken word song “Black Oak” is a standout track.  It’s sure to be a controversial song among fans as to whether the track warrants any praise, but it does make the listener stop and wonder if the record has switched.  Even “One Day” is backed by a strangely prominent bass, giving it more in common with post-punk and modern pop than the indie-folk that dominates so much of the album.

The rest of the album creates tiny scenes and portraits with pared down music.  Much of the album bares similarities to the minimal feel of Big Thief’s UFOF.  Even songs with a little more bite are sculpted with a level of frailty that you feel like Ewald is just brushing his bare thumb ever so lightly over his guitar strings while using some of his softest singing he’s ever recorded.  This can be both incredibly effective and some of the album’s weaker moments.  “Heart Attack” is a sweet-ish song about the loving dependence that pets often have to their owners.  It’s catchy, heartfelt, and enjoyable, but then a song like “Tangerine” has some of Ewald’s weakest singing, and you’re left to wonder if it was an artistic choice.

The album’s best moments come from true-to-life storytelling.  Over a slightly more complicated arpeggio, the album ends with possibly its best track “Anything,” a song that tackles life’s mundanity and substance abuse:

Lead single “Good One” narrates friends hanging out and getting high with a similar specificity.  The guitar in “The Dogs” is similar to that of “Anything,” but the song is much brighter.  As the title may suggest, the song is almost a positive “Plea From a Cat Named Virtute.”  While none of the sad songs are oppressively miserable, the happier songs like “The Dogs” are what really make the record worthwhile.

Safe and Also No Fear is an album that feels like a regular week.  Very little extraordinary happens, but it doesn’t have to.  You can experience the whole gamut of human emotion over the course of the record and feel satisfied.