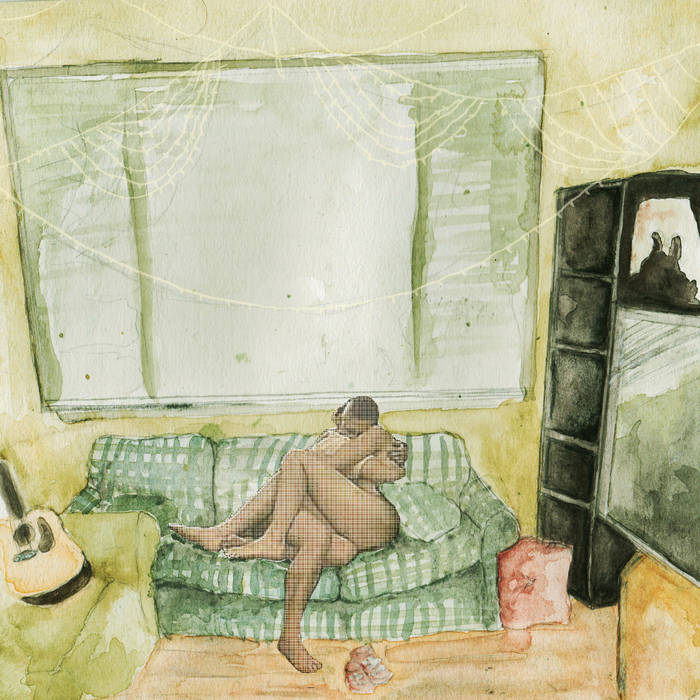 About three minutes into awakebutstillinbed’s debut album, lead vocalist Shannon Taylor sounds like she’s about to breakdown.  Her voice cracks as she screams, and it’s not pretty.  She doesn’t have the sort of aesthetic screams that blend in with a song cleanly.  She sounds like she’s ugly crying screaming along to the radio.  Awakebutstillinbed channel Taylor’s songs into the type of palatable indie emo that’s probably too intense for the Sorority Noise crowd, and that’s probably for the better.  She doesn’t dress her sadness in longwinded metaphors or interesting instrumentals.  It’s bare.

Awakebutstillinbed don’t bring anything new to the table as a band.  The songs don’t even sound like they were written as songs.  They sound like Taylor recorded herself singing then asked the band to record music around her.  This isn’t to say the songs aren’t compelling, but they draw from Taylor’s emotional derailment, as opposed to atmospheric post-rock headbangers.  These are mosh-ready, but the sort of thrashing mad that can only be appreciated by audiences that occupy the same headspace.

This album swoops up and down the way the mind tends to during depressive episodes.  A song like “saved” has to be followed by “floor.”  The fond memories in the mathy intro can’t last long; they can’t even last into the next song.  Taylor begins screaming less than two minutes into the song revealing the friend she’d been speaking about was killed in the army.  The modulation between singing and screaming doesn’t seem like some sort of choice.  It’s unflinching confessions.  You’re muttering under your breath, then screaming over guitar feedback.  Even when Taylor gets optimistic, it sounds like she’s repeating mantras to herself, and they’re barely working.  Taylor’s lyrics are repetitive throughout the album for this reason.  Repetitive isn’t meant as a dig, either.  Taylor throws in enough twists to keep the album interesting.

Taylor’s take on depression isn’t one of resilience persevering over it and wanting to have control.  It’s a desire for total self-reinvention.  The first song concludes with “I need to be someone else,” and she expands on this over the record’s 39 minutes.  “Floor” shows a reliance on depression that’s comforting but devastating: “You were my best friend but you fucked up my life.”  When the record concludes with Taylor asking, “you read me like a book, didn’t you?” we’re only left to wonder how much farther we’ve gotten.  The record is cyclical, and at the end, you’re back at the start.