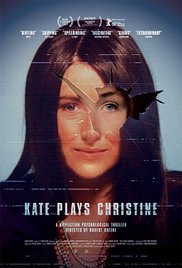 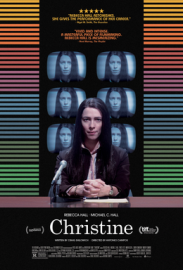 The 2016 Sundance Film Festival featured two separate and unrelated films about the life and death of Christine Chubbuck, a news reporter who committed suicide by gunshot during a live broadcast on July 15th, 1974. Apart from these two films, titled Christine and Kate Plays Christine, little has been spoken of Chubbuck in the past forty years. The footage of the event is under lock and key, and the only people who have seen it, as far as I’m aware, were those present during the event. And it seems odd that such an unusual story is suddenly getting film adaptations after so many years of being largely forgotten- but it seems fitting for 2016. In an era where information is more widely accessible than ever before, it’s frustrating to know that this video exists but isn’t available with the click of a button. And in this age of information, everything we do can be publicized and exploited- it’s difficult to keep anything private. Christine made a premeditated decision- she wanted the gruesome end to her miserable life to have an audience. And maybe in this performative culture we live in today, she has once again become relatable.

Antonio Campos’ Christine is a fairly straightforward biopic while Robert Greene’s Kate Plays Christine is labeled a documentary. I say labeled because it isn’t really a documentary, but it is disguised as one. It is centered around Kate Lyn Sheil, a method actress trying to understand Chubbuck in preparation to portray her in a movie that does not exist. Sheil puts on a wig to look more like her, speaks to people who knew Chubbuck, learns about the gun used during the suicide, speaks to mental health professionals, et cetera. And while it is interesting to watch this woman in a wig run in circles around Sarasota looking for lost footage, this movie feels aimless until the very end. As Kate prepares to re-enact the suicide, she is clearly distressed and struggles to get through the entire scene. During the last take, she turns the gun away from her own head and toward the audience: “If you want me to do it, you have to tell me why you want to see it…I keep looking for an angle to make her death worth more than her life and there just isn’t one.” When she doesn’t receive a response, she finally says “fuck it,” and shoots herself in the head. After a long pause, she lifts her head back up and looks back at the audience: “Are you happy now? You’re all a bunch of fucking sadists.” And she was not wrong. This movie’s pointlessness is part of its point. It’s slow and meandering and it’s hard not to constantly wonder when the bloodshed will occur, because there is unfortunately no other reason for a film about her to exist. We know little about her life and she wasn’t a hero or a martyr. Her death is the only reason she is discussed at all. And that’s why Campos’ Christine can’t work as a whole. While it was engaging enough and Rebecca Hall gave a fantastic performance, a film about a person whose death was more notable than their life will be exploitative and soulless no matter how competently made the film is. It is a straightforward biopic that attempts to explain her death, but that can’t be possible when so many of its details were made up for the sake of driving the plot forward. Kate Plays Christine shames the audience for subconsciously craving that forbidden footage. And we should be ashamed.