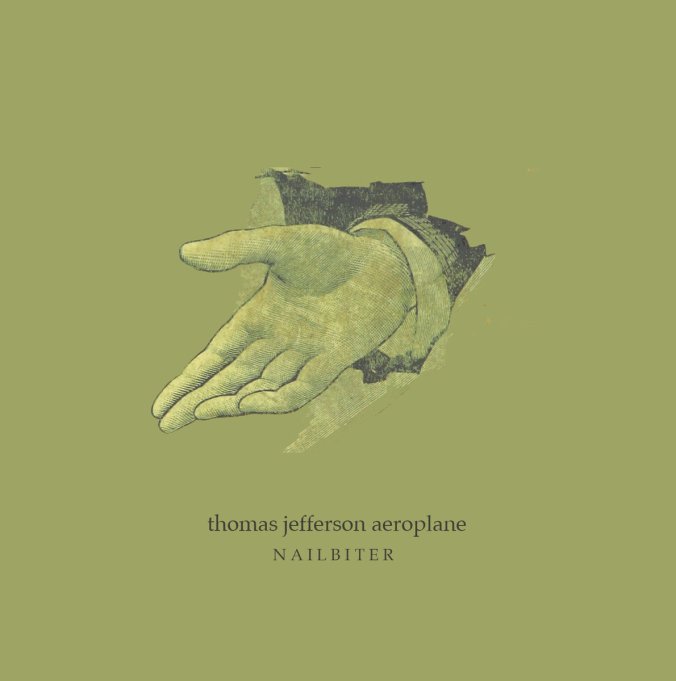 So many artists do an excellent job of hiding their influences down in their work.  Some of the obvious ones shine through, but there are some influences that require some digging.  Of course, John Darnielle of the Mountain Goats was influenced by Bob Dylan, but you wouldn’t be able to tell that this was the type of guy that regularly listened to the likes of Mayhem and Church of Misery (save for the references of “The Best Ever Death Metal Band Out of Denton”).  Despite this, there’s certainly something admirable in artists early works, where their influences are sewn firmly to their sleeve.

Thomas Jefferson Aeroplane are still in this early stage, and it’s certainly endearing.  In case the name hasn’t given it away, these guys are clearly fans of AJJ (formerly Andrew Jackson Jihad, catch my drift?) and Neutral Milk Hotel, and upon first listen, this trio clearly loves The Front Bottoms.  From the simple acoustic, folk punk format to the wordy, heart on their sleeves lyrics, it’d be easy to just call these guys a bunch of ripoff-artists, but their songs are really great.  Even the Atom Bomb Shelter Salesman, which was written and recorded in a day has solid songwriting (see: “Nuclear Winter”) that shows them evolving quickly.  The Nailbiter EP is 11 minutes of catchy lo-fi promise from an incredibly emotive trio.

Once listened to attentively, you start to realize that Nailbiter has something of an arc with the first and last songs ending with the lines:

But it’s all for you

I’ll do what you do.

Cause you told me to.

The seeds I grew

Flowers could have been blue”

The first closes with the line “It’s a noose or excuse, and I can’t choose,” but the last is more resignedly “and they never do.”  Where “Bitchin’ Nightmares” sounds hopeful with its jangling guitars and middle-paced tempo, the last verse sounds determined.  “Bitchin’ 2: The Bitchining” is much more frantic throughout until the refrain sounds much more defeated.  While there’s something of a story, the album’s shift I pretty quick making the back half much more bleak where it opened up with a pretty fun sounding release.

The EP is pretty standard folk-punk.  Mostly acoustic and clean guitars are accompanied by simple drums and bass, with a smattering of distortion.  The vocals are shaky and whiney, not unlike Sean Bonnette of AJJ.  When TJA’s lead vocalist really shouts is when he shines through the best.

As is the case with a number of folky punk bands, the lyrics are where this trio shines though.  The EP’s title track is incredibly wordy in just over 2 minutes.  “Nailbiter” has the best image on the EP, where it’s sung “I wanna swim in your black coffee/stir me up and then dissolve me.”  Imagery is really where the lyricism shines best.  The album opens with “Drunk in my room watching Kitchen Nightmares,” and it only gets better from there.  The seemingly timeless familiarity of things like multiple lives in video games mixed with the little time capsules such as Kitchen Nightmares makes it easy to insert one’s self into these narratives.  While these guys haven’t defined their voice just yet, one is definitely there, and for now, we can all sing along and pretend.

James Crowley is trying to start bitchin’ friendships on Twitter.