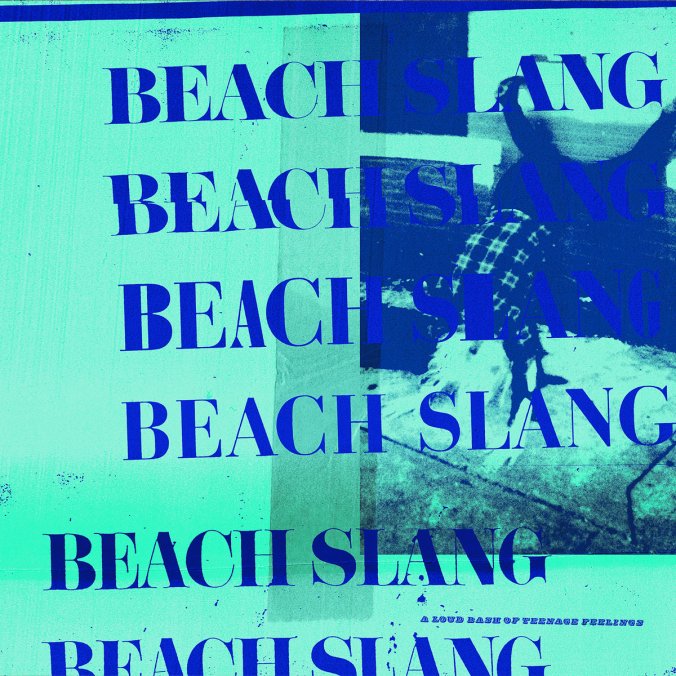 I’m not really into Beach Slang.  I’ve really wanted to love them since the Who Would Ever Want Anything So Broken? EP, but they never did anything that made me adore them the way it seems the likes of NPR or Pitchfork do.  They have songs here and there that I like, and I understand what James Alex represents.  Still, I feel like more often than not, Beach Slang’s eternally youthful attitude comes off as immature in boring ways.

Beach Slang’s story is a punk Cinderella story.  James Alex is finally getting the recognition he deserves after slaving away in the underground for over two decades.  Alex explored some of those themes on Beach Slang’s first full-length, The Things We Do to Find People Who Feel Like Us, on songs like “Too Late to Die Young.”  At the start of A Loud Bash of Teenage Feelings, it seems as if Alex has developed Peter Pan-Syndrome.  Based right off the title, it has a refusal to grow up bumper sticker taped to it.  Where Things We Do may have found some power in turning music up loud, songs like “Future Mixtape for the Art Kids” and “Punks in a Disco Bar” feel like clichés.  The opening lines of this album are “Play it loud/play it fast/play me something that will always last,” and it sounds like a song from a fictional band in a children’s cartoon.  The two best tracks on the album’s first half are much less lyrically based and seem to capture the intensity that Beach Slang does best on “Atom Bomb” and “Art Damage.”  The instrumental tracks for these songs aren’t bad, but the lyrical laziness is sometimes cringe-worthy.  If only to add insult to injury, it seems like most of the time James Alex is singing with an underwater distortion effect on his voice.  It’s a shame to see a detriment to an otherwise good singer-songwriter.

Beach Slang do hit a stride in the latter half of this album.  “Wasted Daze of Youth” is a more mature take about death and losing loved ones.  “The Perfect High” and “Young Hearts” are a little bit more restrained, which is a nice breath of fresh-air from the albums abrasive start.  The closer, “Warpaint,” sounds like it’s always on the verge of complete chaos.  Beach Slang don’t give in until just about the very end, but the release isn’t total entropy.  The feeling is much more restrained.  While even this back half seems to ride on some of the youthful clichés typical in Beach Slang songs, it is nice to be a bit more subdued.

Clichés are Beach Slang’s biggest pitfall, and even if you can latch onto the genuine emotions of the band’s anthems, the clichés make it feel like you’re listening to a bad breakup.  The title A Loud Bash of Teenage Feelings is perfect for this album, because it sounds the way you would expect such a bash of teenage feelings to sound.  The album feels like watching a teen movie any time you’re not really a teen.  It has an idea of what those teenage feelings are, but it doesn’t execute it nearly as accurately as it thinks it does.  Beach Slang knows that music is a true escapist art, as it lets us reflect on nostalgic times, and to be honest, James Alex’s love of music is incredible.  It’s incredibly uplifting and nostalgic in so many best ways, but he doesn’t realize that it’s the specifics of music that make it so great.  All in all, Beach Slang is okay.